There was a really good turn out for the latest in the FE & Skills Coalition series of meeting on the 31st October. There were many issues discussed and debated at the meeting, and some of  these will be covered in subsequent blog posts.

The focus in the afternoon session was on the role that Augmented and Virtual Reality (AR & VR) tools can play on FE and Skills education and training.

Following some hands-on demonstrations from Jisc’s own team who are working with these tools, and from Steve Smith and Frank McHale from Preston College at lunch time, the afternoon session heard from Jisc team, Leeds College of Music and Preston College.

There was a lot of interest in the role that these technologies can play in the FE and Skills sector. The ability to give students access to learning experiences that are either expensive, complicated or hazardous makes one case for exploring their use, as does the possibility of constructing learning opportunities that would be physically impossible in the real world.

Matt Ramirez, Senior Innovation Developer in Jisc’s Digital Futures directorate opened the proceedings. He ran through some of the history of these tools, and their previous and current place on the Gartner hype cycle, and stressed the changing landscape due to the opportunity arising from the ubiquity of VR and AR capability on smart phones. Both Apple with its ARKit and Google with its ARCore are offering developers ease of access in return for entering their particular walled gardens. Standards that allow easy interoperability in this space are needed to break down these proprietary islands.

Jisc is looking at what institutions need to help them get going. Along with advice about how to select particular technologies for  evaluation or use in production environments, Jisc is looking at how to help with advice on things like repositories like SketchFab. Read Matt’s blog post which covers other interesting applications of these approaches to medicine, archeology and technical education. Martin Hamilton is Jisc’s Futurist, and he has written about Apple’s ARKIt, highlighting the way that it is mainstreaming augmented reality.

Some colleges are already embracing AR and VR approaches. Steve Smith and Frank McHale form Preston College’s Preston’s College‘s Learning Lab confessed themselves near the start of their journey, and described their initial explorations and paid generous tribute to Matt Ramirez for his help in making some initial good choices in terms of technologies to investigate without spending a fortune and ending up with an expensive white elephant.

Steve and Frank stressed that while the potential of AR & VR tools is immense, their early experiences of talking to vendors was not encouraging. Their recommendation was to avoid the hard sell from the vendors with their ecosystems and explore ‘consumer’ level hardware and explore what can be done with these tools. They both stated that exploring the affordances of these tools had revitalised their interest and excitement in their role as teachers .

They concluded with these thoughts: 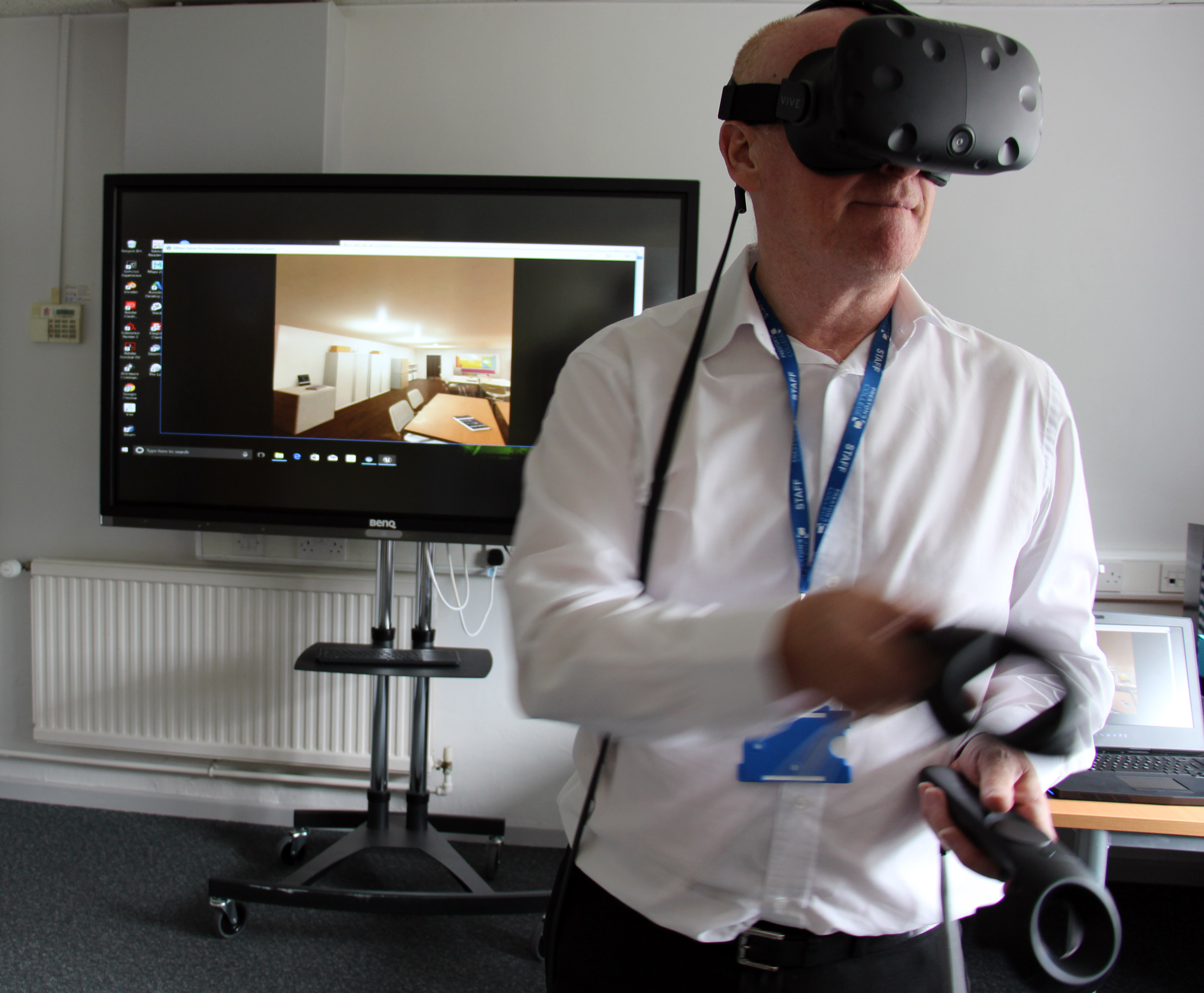 Leeds College of Music told us that they were further down the track in terms of implementing and making effective use of these approaches. Being a specialist music college, they have a requirement to teach students to be effective in the studio as well as as performers. They have created an AR resource that helps students get experience of setting up the patch bay (where audio signals are routed to sound processing modules and onwards). Students found this approach really useful, as it gave them the opportunity to fully interact with the patch bay and work things out for themselves. 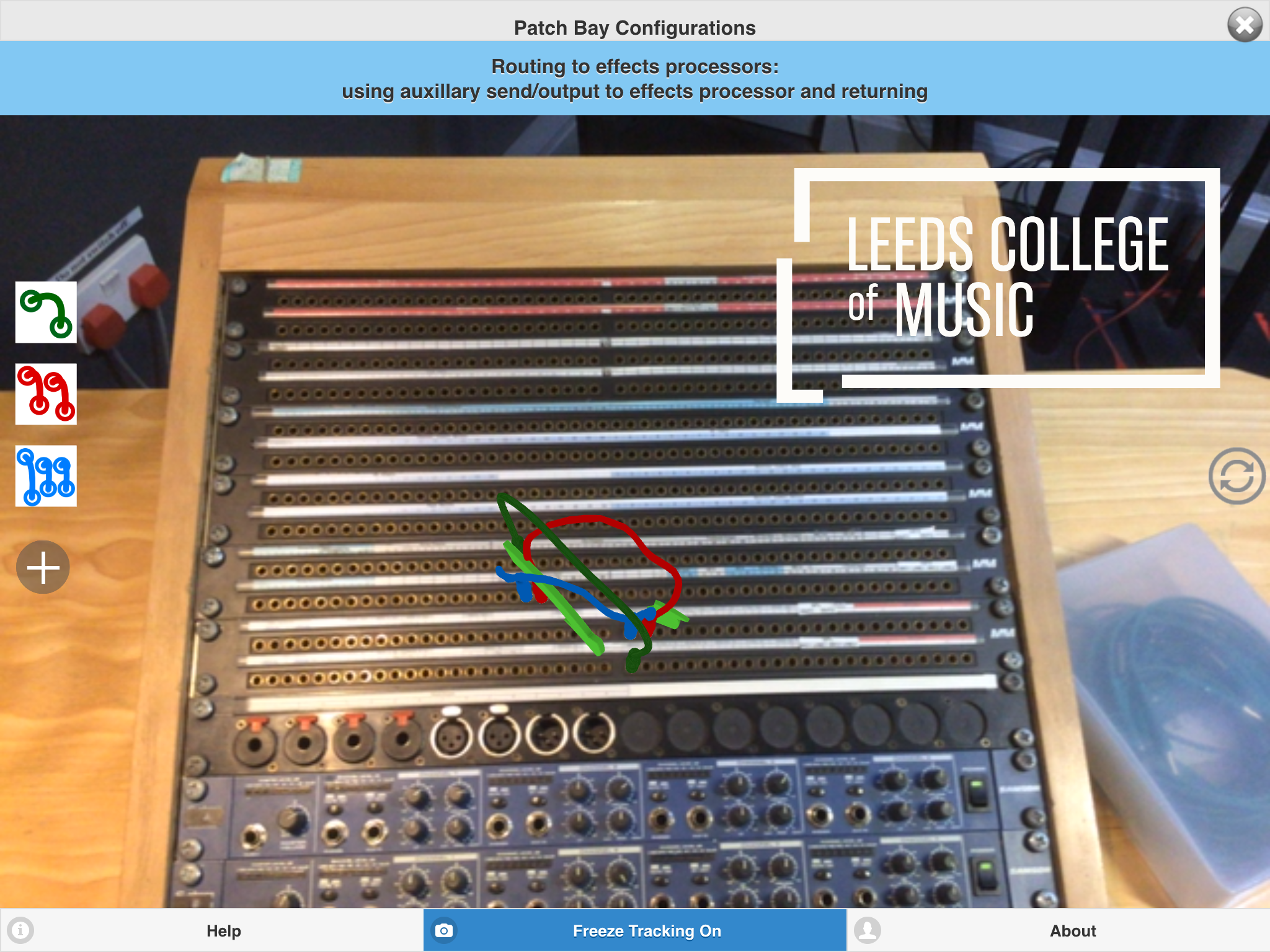 If you missed the session, there is a Periscope recording
Note – this was captured via an iPhone with no external microphone.

Presentations from this session are available on the Jisc Website.

Please continue this conversation by using #FELTAG and by joining the FE and Skills Coalition mailing list:  http://www.jiscmail.ac.uk/FELTAGIMPLEMENTATIONGROUP

We use cookies on our website to give you the most relevant experience by remembering your preferences and repeat visits. By clicking “Accept All”, you consent to the use of ALL the cookies. However, you may visit "Cookie Settings" to provide a controlled consent.
Cookie SettingsAccept All
Manage consent

This website uses cookies to improve your experience while you navigate through the website. Out of these, the cookies that are categorized as necessary are stored on your browser as they are essential for the working of basic functionalities of the website. We also use third-party cookies that help us analyze and understand how you use this website. These cookies will be stored in your browser only with your consent. You also have the option to opt-out of these cookies. But opting out of some of these cookies may affect your browsing experience.
Necessary Always Enabled
Necessary cookies are absolutely essential for the website to function properly. This category only includes cookies that ensures basic functionalities and security features of the website. These cookies do not store any personal information.
Non-necessary
Any cookies that may not be particularly necessary for the website to function and is used specifically to collect user personal data via analytics, ads, other embedded contents are termed as non-necessary cookies. It is mandatory to procure user consent prior to running these cookies on your website.
SAVE & ACCEPT