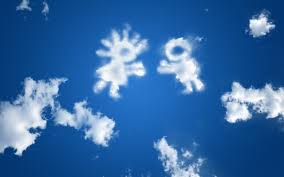 We’ve produced a report, which you may find useful, as part of the groundwork for the Cloud services for FE project. This once rejoiced under the name of “Jisc in a box” and also “Shared Services for MI R&D”, if you’re thinking that you haven’t heard of it before.

The report provides a picture of which student management, finance and HR systems are in use in England. It also uses previous information from Scotland, Northern Ireland and Wales to provide a picture of use across the UK.

Why was the report commissioned?

The project aims to provide colleges with an easy, cost-effective method of procuring MI systems on a “Software as a service” (SaaS) basis. We needed to understand what systems are currently in use across in order to determine which systems should be included within the scope of the project. We had reasonable data for all parts of the UK except for England, where about 90% of existing colleges are located.

How was the information obtained?

Jisc commissioned external consultants from Hapsis Ltd. to obtain the information. Hapsis used Jiscmail lists to email contacts within English FE colleges, asking them what systems they were using, how well they integrated together and how satisfied they were with the suppliers. 88 colleges responded – 26% of the current total of colleges in England, which should provide us with a very representative sample.

A small number of suppliers, typically 4, provide around three quarters of the systems, but these suppliers differed across the functions.  The four main suppliers of student management systems are: Capita, Tribal, Compass and Civica. MidlandHR’s iTrent system is the dominant HR system in use with a market share of one-third.

Satisfaction varied across respondents, with Ffnance systems showing the least dissatisfaction but more neutral responses. In contrast, satisfaction was more polarised for student record systems. Ease of access for finance and HR systems, plus security and reliability of HR and student records were amongst the highest scores. Ease of implementation was identified as an issue, particularly for HR systems, and supplier relationships and value for money in both HR and student records scored the lowest ratings. The high response and willingness to engage demonstrates the interest from the sector in this project.

Where to find the report

We use cookies on our website to give you the most relevant experience by remembering your preferences and repeat visits. By clicking “Accept”, you consent to the use of ALL the cookies.
Cookie settingsACCEPT
Manage consent

This website uses cookies to improve your experience while you navigate through the website. Out of these, the cookies that are categorized as necessary are stored on your browser as they are essential for the working of basic functionalities of the website. We also use third-party cookies that help us analyze and understand how you use this website. These cookies will be stored in your browser only with your consent. You also have the option to opt-out of these cookies. But opting out of some of these cookies may affect your browsing experience.
Necessary Always Enabled

Any cookies that may not be particularly necessary for the website to function and is used specifically to collect user personal data via analytics, ads, other embedded contents are termed as non-necessary cookies. It is mandatory to procure user consent prior to running these cookies on your website.